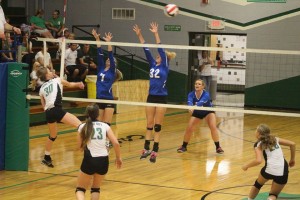 The Lady Eagles volleyball team has been preparing for this year’s season all summer long between open gyms and summer camps. Practice started August 3rd and the team has been working hard to succeed in this year’s games. Senior varsity starter, Maddie Younker, says,” Preparing for this season has been tough but we are willing to push through knowing that all of our hard work will pay off. I can’t wait for the jamboree! That is when the season really kicks off.”

The Lady Eagle’s jamboree is Thursday August 20th at El Dorado Springs. The team will be facing El Dorado in the first game, which they lost to in the district championships last year.” 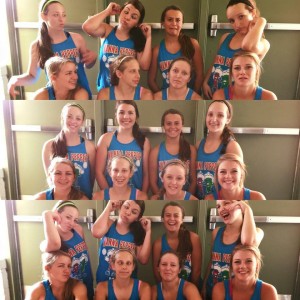 Coach Hill says,” We were originally going to have our jamboree in Strafford like last year, but instead I decided to move it to El Dorado. There were many  reasons for this change. Last year we faced El Dorado in districts and lost. We were disappointed that we did not see them in regular season to prepare ourselves to compete against them in the district championships. Because we are able to see them in season this year, we hope we will be better prepared to face them in districts.”

This year we have gained many new members to the volleyball team. We recently added a new assistant coach, Shelby Johnson. She has done a great job jumping in and being involved with the practices. The girls seem to gravitate towards her. Four freshman have joined the volleyball team this year including: Alexis Eck, Baleigh Eaton, Kayla Gunter, and Andrea Stow. These girls have been a great addition to the team. They bring loads of energy and make practices fun.

The whole team is working hard to come back from last year, losing some great seniors. The team is dedicated and come in everyday to prepare for this upcoming season. If the hard work continues, they are bound to have only good things this season.