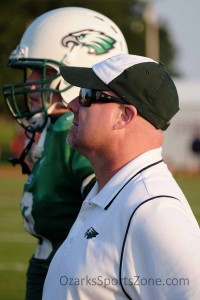 The Eagles traveled to Stockton Friday night to participate in the yearly preseason jamboree. The Eagles weren’t as sharp as they would have liked to have been, but did see some bright spots to build on. The coaching staff and team aren’t too concerned with a 1-2 jamboree showing, losing to Stockton and Lamar and beating Nevada, because they have a week off before any real game situations to fix any issues. One major advantage to the jamboree was that the team gained some good experience against larger schools. The Eagles went to battle without some veteran starters; Jordan Cruz, Jamie Logan, and Cody Cameron were all injured from practice and the Green and White Scrimmage. 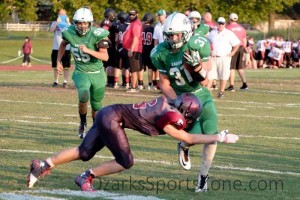 The Eagles brought there usual hard working mind set Friday night and that can be expected to be seen on a daily basis under Coach Hocker. If they keep putting in this effort, they should be able to compete well in the conference. 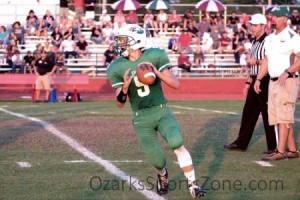 The football squad goes to Carl Junction to play their Junior Varsity team on Monday, August 24th at 6:00. It will be a good test to see where the team stands,  heading into their first conference game, Friday, August 28th, 7:00, at home against Liberal. 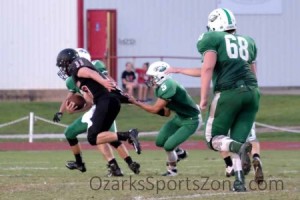 Thank you Ozark Sports Zone for all the pictures! More photos can be seen at their website.