The Boys Basketball team gained their second conference victory of the season last night with a 59-39 win over the Liberal Bulldogs, putting them at 9-2 in the regular season and 2-0 in SRVC play.

Leading scorers for the Eagles were Trey Sagehorn with 15, Devin Cox added 14, and Mason Moreland put up 13 of his own, 9 of which came from behind the arch. “I just want to do my part to help the team,” said Sagehorn. “I’m going to try and take advantage of every opportunity I can to help our chance of winning.” When asked about how his shot has developed, Moreland had a good answer. “It’s all about putting in work. We work on shooting in practice and I’ve spent a lot of time just shooting on my own to try and find that touch. We have several good shooters on our team also which gives us a lot of confidence.” Moreland has had three 3-pointers in each of the last four games. 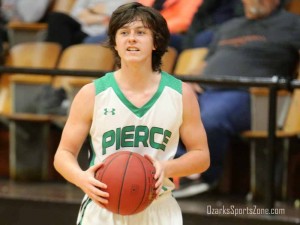 Thank you to everyone who supported the boys last night. The Eagle’s next game is Tuesday, January 10th @ Diamond. Hope to see you there!