The Boy’s and Girl’s Basketball teams both brought back some hardware over Christmas break from their respected holiday tournaments. The teams competed in the Walnut Grove Holiday Tournament, where 16 teams from around the area participated. The Boys were seeded 4th and the Girls were put at the 5 seed. Both teams showed that they were seeded lower than what they should have been. The Boys took home the third place plaque and the Girls proved they were the best team in their bracket by winning the championship. 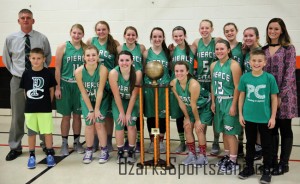 Between the two teams, an entire starting line-up made the All-Tournament Teams with two boys and three girls being selected. Mason Moreland and Donell Kleiboeker made it on the boys side, while Ragan Blinzler and Kendyl Hayward made it for the girls. Belle Golubski was selected Tournament MVP for the Girls division. 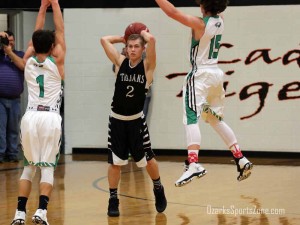 Thank you to everyone who supported the Eagles during the long tournaments. We hope you all had a very Merry Christmas and a Happy New Year!